Just How Hungry Are You?

Bugs for dinner? Lunch? Anyone? It really depends on what we are used to, but bugs are a delicacy in many cultures.

In Oaxaca, and other parts of Mexico, chapulines, or grasshoppers are eaten with regularity and enjoyed by diners at some of the finest restaurants. In Thailand you can find entire buffets composed of bugs in one form or another.

Two billion people around the world eat upwards of 1900 species of insects. 80 percent of people in the world find bugs to be an acceptable food but in the rest of the world those same bugs are squashed, poisoned and sprayed to death.

Advocates will tell you that insects have more protein and fewer calories than say, chicken, and even vegetarians might agree to eat insects, since the killing of them is not as controversial as your average cow or pig.

But how to get those who would rather squash a bug than eat it, to see that same bug as good food? Some advocate starting with kids and chocolate covered insects, but there goes the fewer calories argument.

The UN’s Food and Agriculture Organization says that crickets, ants and grasshoppers are underutilized as a source of nutrition. They use the argument that insects are everywhere, they reproduce quickly and leave a very low environmental footprint. So why don’t more people eat them?

It does seem odd that Americans love slimy, creepy looking oysters and shrimp, but won’t think about eating bugs. Not to gross anyone out, but we are already eating bug parts in our food, without realizing it. The FDA’s Defect Levels handbook says that a surprising amount of insect parts and even insects are acceptable in things like processed broccoli and canned tomatoes. They won’t kill you and may even be good for you, as long as we don’t think about what you are eating.

So, it is a matter of what we are used to. I imagine the first oyster was eaten on a dare and then the eater discovered it’s deliciousness. So, why not try a grasshopper or a cricket? I dare you. 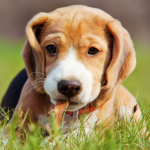