By ZacJ
Posted September 18, 2015
In Blog, Homeowner Tips, Pest Identification
The Genghis Kahns of the Ant World and The Virus That May Control Them2015-09-182015-09-18http://premierpestprevention.com/wp-content/uploads/2017/01/prem-logo.pngPremier Pesthttp://premierpestprevention.com/wp-content/uploads/2017/01/prem-logo.png200px200px
0 Genghis Khan conquered nearly 12 million square miles of territory in 21 years, more than anyone one else in history. He left untold millions dead in his path. Though the Argentine Ant is less ruthless, their invading army have now spread to every continent except Antarctica. Arriving in New Zealand in 1990,  they conquered that nation by forming a super colony covering their entire territory. The Argentine Ant’s Army don’t fight other ant colonies, they actually share resources and cooperate with them as their numbers grow.

They are so successful that their own colonies spread far and wide so they drive out the other species in the area. Being cooperative, adaptable and fast moving are the qualities that make the Argentine Ant mighty conquerors, it may be these same characteristics that cause them to succumb to infectious diseases. This is one theory scientists have offered after observing massive colonies.

A team of scientists collected 30 of these amiable ants from two different colonies in Wellington, New Zealand. Taking RNA from these two groups, probably not by swabbing their mouths, they found a new virus they call Linepithema humile virus 1 (LHUV-1)—in the Argentine ant population. This virus looks a lot like the cricket paralysis virus which is thought to cause harm to ants. That makes this new virus a prime suspect in the sudden collapse of many Argentine Ant colonies.

Apparently, when you are a great conqueror you make a lot of enemies. Instead of trying to invent a vaccine to protect these ants, scientists, who have labeled the Argentine Ant an invasive blight, are hoping to develop a bait trap containing this virus to end the Argentine Ant’s dream of World Conquest.

Another Benefit of Conquering The Conqueror

This is another case of not judging a book by its cover. This sociable and seemingly helpful ant, may be a carrier of the dreaded deformed wing virus, which may be responsible for the global honey bee decline. Known to raid bee hives and to forage on the same plants gives these ants ample opportunity to spread this virus to the bees and thus making this ant very unpopular. Genghis Khan and Typhoid Mary rolled into one little teeny socialable ant.

It all sounds well and good, but what if the bees are really giving the deformed wing virus to ants (I’m not sure how that affects a wingless insect)? What if this new virus doesn’t really hurt the ant and ends up doing damage to the bees? These researchers don’t want to hurt the bees – they already have enough going against them. More research needs to be done on the LHUV-1 virus. It needs to be determined if this virus harms the ant. The question is can this virus put an end to the worldwide conquest of the Argentine Ant without annihilating the beneficial insect populations? More research is needed. 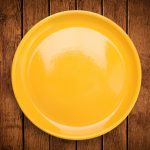 Just How Hungry Are You?Homeowner Tips